Moyross is a social housing project developed between 1973 and 1987 on the edge of Limerick City, comprising 1,160 houses divided into twelve individual parks. Little-to-no civic infrastructure was initially provided for inhabitants. Although the population has decreased in recent years, it still stands in excess of 3,600 people. In 2008, local government announced a regeneration vision, intending to demolish the entire estate and rebuild it on a smaller scale by 2018. Large green areas and high partition walls between each park will eventually disappear – places that the City Council consider partially responsible for the socially disenfranchised character of the area. With an economic downturn, this major regeneration programme has aroused much controversy, and has yet to begin in earnest.

Various gun-related incidents in Moyross had gained much attention in the Irish media. The archetypical view was of a troubled place, with images of boarded-up doorways of derelict houses reproduced frequently in local and national newspapers, portraying and definitively identifying the area as ‘down and out.’ This journalistic impulse created a haze of oversimplification, damaging any understanding of the community and physical infrastructure to a casual outsider. With this issue in mind, an attempt was made to generate a different kind of visuality of the area.

Three specially trained peregrine falcons were introduced to Moyross. These birds, the fastest creatures in the world, were specifically chosen for their capable ability and confidence to fly around urban areas. They were once populous in Ireland, before the use of pesticides in the 1960s made them an endangered species. Residents met the birds at the local community centre, in school, and in the streets, alleyways and garden areas.

Understanding that falcons are birds of prey and often attack racing pigeons, a special timetable for the skies was agreed with local racing pigeon-owners (Previously, two falcons were resident throughout the 1990s on the spire of St John’s Cathedral in Limerick. By 1999 they had successfully bred two chicks. While the birds were generally popular in the neighbourhood, members of the local Saint Mary’s racing pigeon club claimed the falcons were killing as many as ten pigeons a day, swooping down from the cathedral spire into coups in backyards of the city.) Then, the falcons took off, with miniature video cameras attached to their bodies. Their free flights act as a phenomenological recording of the complexity of a place about to potentially disappear under the failed agendas of urban planning. 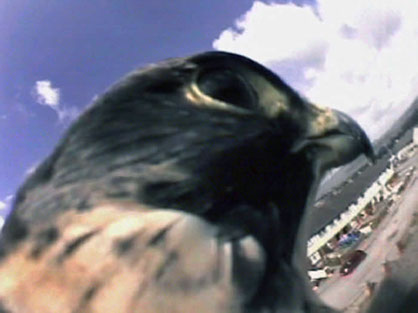 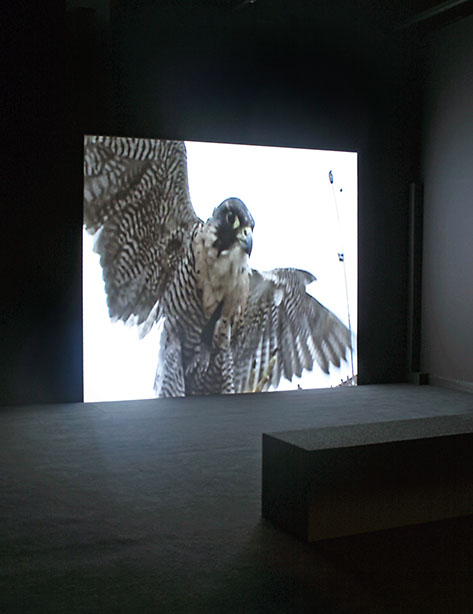 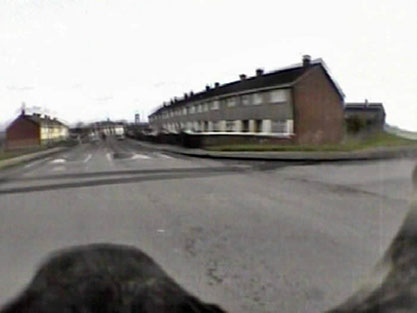 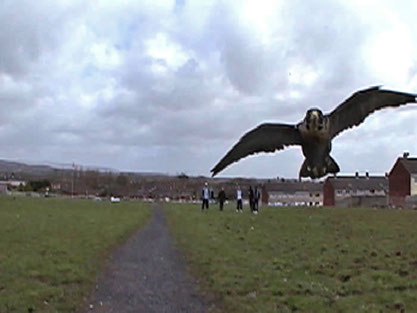 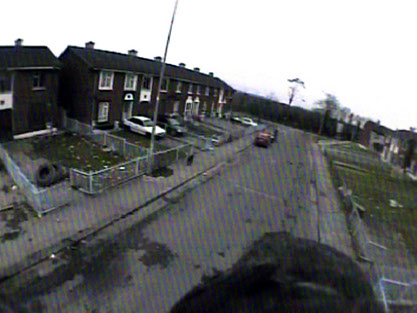